Hydrogen peroxide (also known as hydrogen dioxide or H2O2) is a common household item found in medicine cabinets and is usually used for cleaning wounds. It is actually a natural substance produced as a by-product from many cells of the body; however, bodily enzymes such as catalase metabolize hydrogen peroxide, breaking it down to water and oxygen which prevents the formation of harmful free radicals.

Everyone produces ear wax or cerumen naturally. This is an oily substance that is formed by the glands in the outer ear canal and which may help to reduce the risk of infection in the ear or the entry of insects, dust or water. People have different amounts and character of wax in their ears, some may have wet or oily wax while others may have dry ear wax. Some people produce little ear wax but others may produce more, causing problems like ear plugging that can lead to reduced hearing due to a feeling of fullness in the ear. The risk of infection is also great when there is too much ear wax since it can trap bacteria, leading to itchiness or pain. A doctor who examines the ear may not be able to see what is going on in the inner parts of the ear, making examination difficult. 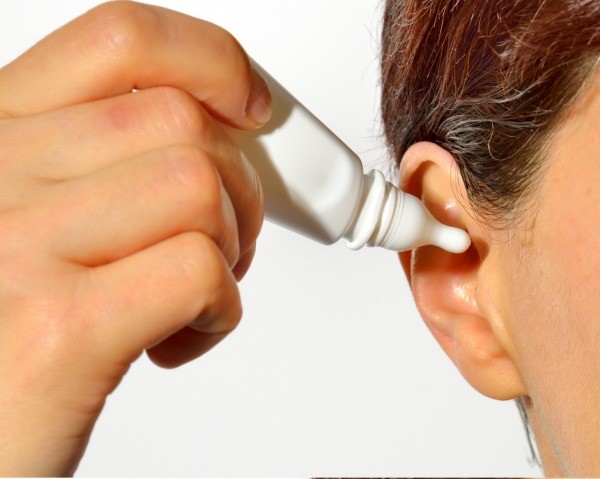 When it comes to home remedies for ear wax removal hydrogen peroxide can be of great help. But before you try, make sure you do not have an ongoing ear infection or a perforated eardrum. Do not use hydrogen peroxide on sensitive skin; use normal saline solution or warm water instead.

Ear wax removal kits are sold over-the-counter, but one can always use hydrogen peroxide from your medicine cabinet at home to reduce ear wax build-up. Before anything else, prepare the following items: 3% hydrogen peroxide, cotton balls, cotton swabs, a towel, olive oil, warm water, a medicine dropper, a bulb aspirator and a couple of bowls.

For small amounts of ear wax, one may do a short and easy procedure by just dipping a cotton swab or Q-tip in a small amount of hydrogen peroxide and using this to clean around the outer ear canal. Take care not to push the cotton bud deep into the ear canal since this may push the wax deeper, leading to impaction.

For ear wax removal hydrogen peroxide can help. However, it is worthwhile to remember that these ear cleaning procedures should not be done when one has an ear infection, severe ear pain or hearing impairment. Furthermore, hydrogen peroxide may not be recommended for people who have sensitive skin. One should use dilute hydrogen peroxide which is not stronger than 3%.

Make sure to dry the outer ear thoroughly after irrigating with water, since bacteria can breed in it.

Finally, if these procedures do not clear out the build-up of wax in your ears, seek professional help from an ear, nose and throat (ENT) doctor. One should also consult a doctor when symptoms such as earache, fluid drainage, hearing loss, dizziness, fever, or vomiting are experienced.