How to Deal with Congested Ear

Ear congestion usually refers to a vague feeling of ear pressure or fullness together with some degree of muffled hearing in the absence of any ear pain. Occasionally, some crackling or buzzing noises might also be heard in ear congestion. Usually it's nothing to be concerned. However, if it won't go away after 5-7 days, and other symptoms such as ear pain, dizziness, ear discharge or nose bleed occur, get medical help to rule out any serious conditions. 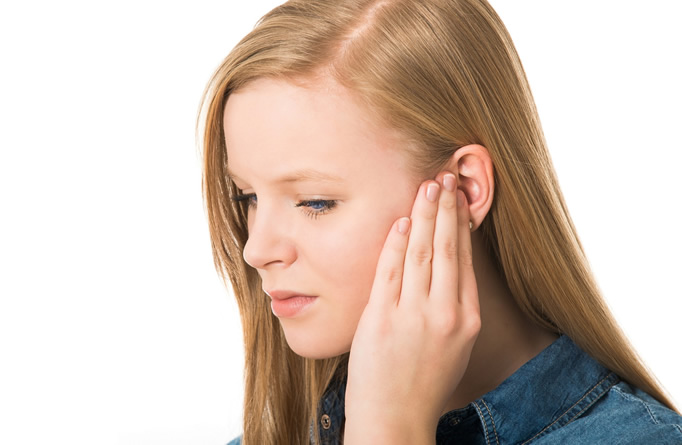 What Causes the Congestion?

There're various causes for this condition, some very common like air travel or swimming while others may be more serious sinusitis or infection that requires medical attention.

Most Common Causes of Ear Congestion

The most common reason for plugged ear is Eustachian tube dysfunction. Air travel can also lead to this condition. Detailed information of these two causes is showed below.

Few other less common causes are listed below. Ear congestion in these conditions persists for many weeks and is usually accompanied by other symptoms.

Treatment of ear congestion is dependent upon the cause. Usually, ear congestion will require no special medications and it generally resolves spontaneously within few days.

Or you can try one of the following remedies to help:

Inhale deeply and pinch your nose with your thumb and index finger. Exhale through your nose while pinching it. Be sure to do it gently to avoid damaging the eardrum.

Mix one part each of vinegar and alcohol and put a few drops in your affected ear. Using a dropper will make it easier. Do not raise your head for a few minutes.

Take lukewarm olive oil and put a few drops of it in your affected ear. After 5 minutes, use some cotton to help remove the oil and earwax that may be clogging your ears.

Fill up an ear syringe with lukewarm water, tilt your head, and squeeze the syringe gently. Be sure to aim for the back of your ear instead of straight in. Keep your head tilted with affected side up and change your position after 5 minutes to help the water drain out.

Iron a cloth to make it a bit warm and then place it underneath your affected ear to unclog it. You can also do the same by soaking a cloth in warm water. After application, put your palm over your affected ear tightly and remove it like a suction cup to unclog your ear.

Mash two garlic cloves, then heat 2 spoons of olive oil, and mix with garlic. Once it is only warm, put the mixture on your affected ear. Leave it there for a minute or so and then drain it out by changing your position.

Steam inhalation can open up clogged ears because it loosens the mucus and earwax. Take hot boiling water in a bowl, add a few drops of lavender essential oil to it, wrap a towel around your head, and slowly inhale steam until you notice your ear opening up. Taking a hot shower may also help relive clogged ears.