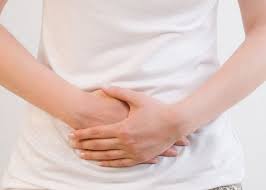 Have you ever felt like butterflies were fluttering around inside your stomach? Although it is not a true medical diagnosis, it is a commonly reported condition.

Most people relate this problem to indigestion in association with bloating and changes in bowel habits. Some people may describe it as having "knots" in their stomach, and it may seem like their stomach has a mind of its own. Well, in fact, to some extent, it does have a mind of its own, and that mind is under the control of the enteric nervous system. Similar to the brain, the enteric nervous system produces chemical messengers called neurotransmitters to transmit signals from the stomach to the brain. Simply put, your brain tells your stomach that something is wrong and then you experience stomach discomfort.

Have you noticed cramping, tightness and fluttering in your stomach during stressful situations? It is usually reported by people when they are in situations of stress or anxiety. The digestive system is susceptible to emotional changes, stress, anxiety and depression. In fact, some doctors have suggested that stressful situations trigger the stomach to produce more stomach acid, which causes symptoms that resemble heartburn. Some of the key triggers are:

What Are the Symptoms that Accompany Nervous Stomach?

There exist many different symptoms of this condition. Common symptoms include abdominal pain, cramping, bloating, changes in appetite, heartburn, excessive sweating, nausea, vomiting and indigestion. Some other symptoms one may experience when having upset stomach are listed following:

How to Relieve Nervous Stomach

If you experience occasional symptoms of this condition, it may be resolved using natural remedies and healthy lifestyle changes to improve digestive functions. On the other hand, if you experience it with increased frequency, such as daily or weekly, you should seek medical attention.

It is important to consider your diet and you should keep track of the foods that improve or worsen your symptoms. Drinking beverages such as carbonated drinks and dairy products as well as high fat foods, beans, cabbage, and broccoli may contribute to the build-up of gas. In addition, extremely spicy foods may cause indigestion and worsen your stomach discomfort. Caffeine and alcohol cause dehydration and irritate the lining of the stomach, which may have a negative impact on the digestive system. On the other hand, honey, mint, ginger, fennel and cinnamon may relieve the symptoms. Instead of drinking fruit juices that are normally very acidic and contribute to stomach problems, you should drink lots of water (8 to 10 glasses) to soothe your stomach and to maintain normal bowel functions. Similarly, a cup of hot tea may soothe the stomach.

Over-the-counter medications typically make the symptoms more bearable rather than curing them. For example, pink bismuth relieves symptoms of nausea, diarrhea and mild heartburn. Similarly, peppermint and ginger are known to relax the digestive tract and reduce nausea and vomiting, respectively. Charcoal tablets may also help because they absorb gas and toxins. Laxatives and anti-diarrheal medications can also help relieve the symptoms. If irritable bowel syndrome is the underlying cause of diarrhea, the drug alosetron hydrochloride is often prescribed.

Exercise is a great stress reliever and it stimulates digestion. In addition, exercise stimulates the release of endorphins, which are the body's naturally occurring"happy drug". And endorphins can help to relieve symptoms of stomach problems.

Constant and extreme sources of stress and anxiety can stimulate nervous stomach. Some classic stressors are work/school-related assignments, unexpected bad news or life event, or a shocking/unpleasant thought. The people that are susceptible to stressors are more likely to suffer from this problem. Therefore, keeping a positive attitude can help relieve stress and anxiety. Getting a minimum of eight hours of sleep per night is a great first step. In addition, relaxation techniques, such as yoga, and avoiding stressful situations will help prevent stomach problems.