Cramps Yet No Period, Why?

Have you ever experienced cramps without period? For most women, cramps are the most common symptom before a menstrual period occurs, and it often tells a woman that her period is coming. However, when you experience cramps yet no period comes, it can be quite baffling, if not annoying. What happened? 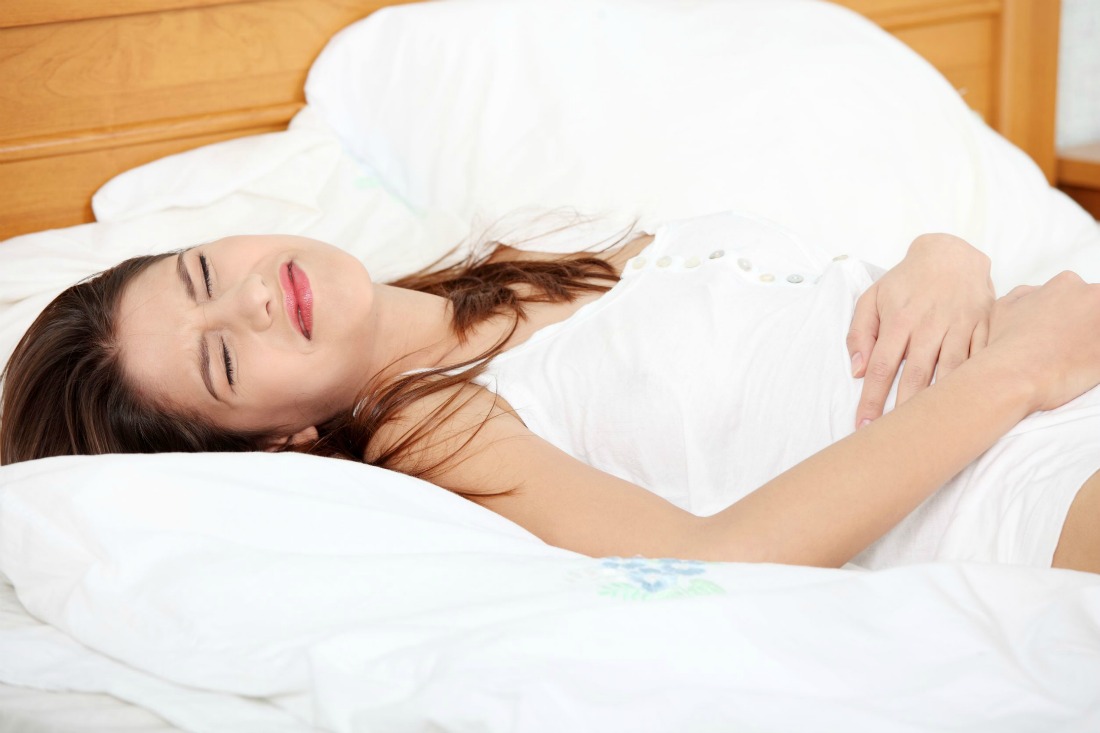 Most Common Causes of Cramps But No Period

If a woman experiences cramps but menstruation does not occur, there is a high possibility that she may be pregnant, because this is the most common cause of lower abdominal discomfort in the absence of menses.

During early pregnancy, the uterus begins to prepare for the embryo's rapid growth, which starts with implantation. This is when the fertilized egg attaches to the uterine wall, which may lead to spotting or implantation bleeding. Other symptoms associated with early pregnancy include soreness and enlargement of the breasts, sensitivity to smell, morning sickness, and darkening of the areolas.

It is necessary to confirm if pregnancy has occurred and this may be easily done with a home pregnancy test. For accurate results, take the test a few days after a missed period, using the first urine for the day when the concentration of your pregnancy hormone is highest.

Cramping may be a symptom that ovulation is taking place. Sometimes the menstrual cycle is delayed, and instead of menstruation, ovulation is still taking place, giving rise to cramps but no period. The period follows two weeks after ovulation, and this may be accompanied by other symptoms like constipation and gas.

Some women have irregular menstrual cycles, which means that their ovulation and period may be early, late, or even nonexistent in a given month. Some women therefore miscalculate the expected date of their menstruation, leading to worry when experiencing cramps without period.

Other Possible Causes of Cramps Without Period

The endometrium is the inner lining of the uterus, but when it grows outside the uterus, endometriosis develops. Endometriosis can lead to late periods. It may also be associated with cramping which occurs one to two weeks before menstruation.

This phase occurs just before menopause, where the ovaries release eggs irregularly during a few cycles, resulting in irregular ovulation. This leads to late or missed periods, and may be accompanied by symptoms like hot flashes, sleep problems, and cramping. Perimenopause may start when a woman is in her 30s or 40s. It may be tested by an FSH (Follicle-Stimulating Hormone) test.

Mild cramping is a common symptom of early pregnancy, but severe cramps but no period can indicate ectopic pregnancy. This is a serious condition where a fertilized egg implants itself outside the uterus.

Most often however, women cannot differentiate between cramping due to normal pregnancy and that of ectopic pregnancy. Other symptoms are also very similar such as breast tenderness, nausea, and frequent urination. These symptoms usually occur two weeks after a missed period, and it may be followed by vaginal bleeding that may be mistaken for spotting.

An ovarian tumor is not a very common cause of cramps without periods, but women should consult a physician when they suspect it, since it is treatable when caught in its early stage.

Symptoms include abdominal fullness, pressure, pelvic pain, bloating, swelling, urinary urgency, and changes in the menstrual cycle. Women may feel sudden tightness in their clothes around the middle. Women who suspect ovarian cancer must see their gynecologist for evaluation.

When fluid builds up in the sac, a cyst form and may increase in size, causing lower abdominal cramps but no period. Ovarian cysts may disappear without treatment after three months, but they may also increase in size and twist, causing complications.

Inflammation of the ovaries may occur due to an autoimmune disorder where the body attacks its own cells. Inflammation results in destruction and hardening of the ovaries, leading to infertility and low hormone production. Oophoritis is associated with about 10% of premature ovarian failure. It may cause lower abdominal cramps, fever, vaginal discharge, and absence of menstruation.

Others possible causes of cramps without period include eating disorders (obesity and anorexia), premature ovarian failure, bulimia, and other illnesses and medications that can disrupt the normal menstrual cycle.

There are so many possible reasons for having cramps with no period and it is best to consult a physician for proper evaluation and treatment if needed.