Brown Blood During Period: Is It Normal?

Menstruation is a normal part of women's lives and involves a periodic or cyclical shedding of their endometrium (the lining of the uterus). Because of its nature, it is usually referred to as a menstrual period, or simply a period, which starts around the time of sexual maturity (puberty) and ends at the end of a woman's reproductive life (menopause).

A woman's period blood colors and textures may vary, like brown period blood with heavy clots, during various stages of life and during times when certain conditions may interfere with the normal cycle. Here is a discussion of normal and abnormal conditions, which may affect the characteristics of one's periods.

What Is a Normal Period?

A menstrual period usually occurs when a woman does not become pregnant. The uterus is lined with endometrial tissue that thickens under the influence of hormones, to get ready for possible pregnancy. This lining, which is rich with blood, is shed periodically (approximately every 28 days) when there is no pregnancy, and this may last for two to seven days. The length of a normal menstrual cycle may range from 21 to 35 days, and the duration of a period is usually 3-5 days. A woman may lose as little as 4 teaspoons or as much as 12 teaspoons of blood per period.

It is normal for the period blood colors and textures to vary from bright red to brown or somewhat black and from thin to very thick. These changes may be a sign that the blood has been in the uterus for some time and has not been removed quickly. This may be a normal occurrence, which should not be a cause of concern.

Some women, however, feel that something may be going on, and worry about the changes in colors and textures, which will be discussed below.

What If Having Brown Period Blood? 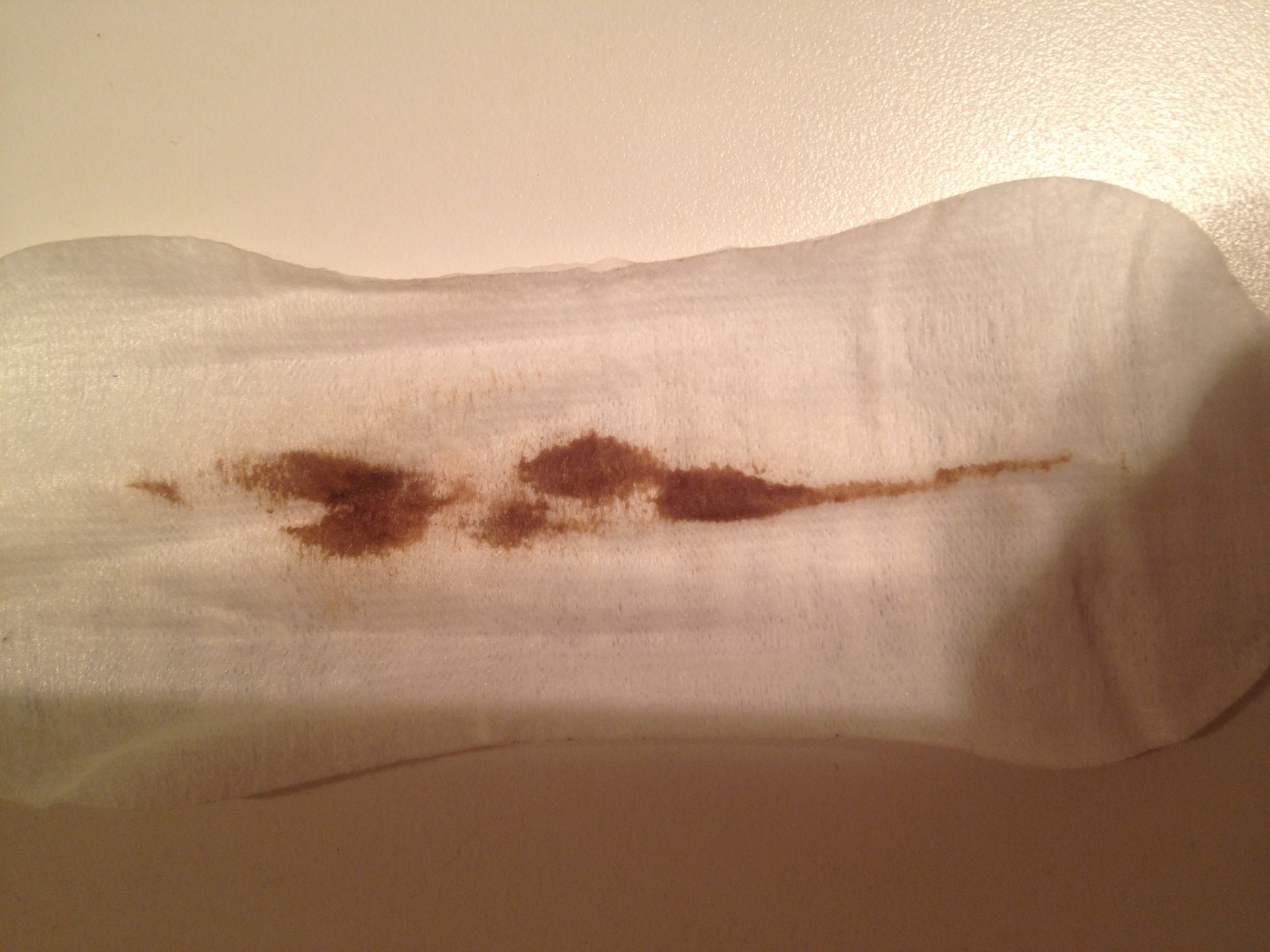 Firstly, it should be noted that brown blood during menstruation is nothing to worry about in most cases. It usually appears toward the end of your period because the discharged blood has been stayed in your body for long time and could be discolored. However, sometimes some birth control pills can cause brown blood during your period, even between your periods, because it disturbs your hormone levels.

Sometimes, however, brown period blood may be caused by some problems, which should be discussed with a doctor:

What About Different Period Blood Textures?

Like various colors like brown period blood, your menstrution may have different textures that many women may worry about. Check to see if you need medical help for that condition.

In most cases, changes in period blood colors and textures are normal and not a cause for worry. There are a few cases, however, when one may suspect an abnormality, which needs further investigation.

When to see a doctor

Changes in period blood colors (like brown period blood) and textures are not commonly serious. However, sometimes it can lead to a loss of a significant amount of blood over time, without being noticed because it occurs slowly. It is advisable to see your doctor if you experience:

These may be signs of anemia, which can be confirmed with a blood test. Iron supplements may be prescribed to improve this condition.