Food poisoning also referred to as food borne disease, results when an individual eats food products that are contaminated with disease causing organisms. These organisms may include viruses, bacteria, toxins and parasites. Food poisoning may occur from consuming contaminated vegetables. 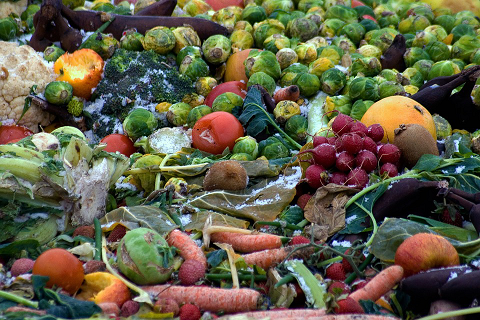 Symptoms of Food Poisoning from Vegetables

The commonest cause of occurrence of food poisoning due to raw vegetables is the movement of infectious organisms from an infected surface to an uninfected surface-the process also referred to as cross-contamination. The contamination of raw vegetables often occur when they come into contact with surfaces on which meat have been put previously or when an individual touches them with infected and unwashed hands. Since raw vegetables are not cooked, the harmful organisms, which contaminate them thrive in them and result in food poisoning.

How to Deal with the Food Poisoning

Majority of the individuals recover from symptoms of food poisoning from vegetables without any medical treatment. The aim of treatment is to replace lost fluids so as to prevent dehydration. OTC electrolyte solutions or water are some of the best methods to replenish lost fluid. In case the patient is suffering from excessive diarrhea, electrolyte solutions may have to be administered intravenously.

Numerous steps can be taken by an individual to reduce their chances of getting food poisoning due to raw vegetables. One of the important steps is to always wash raw vegetables properly before consuming them. Vegetable washing solutions and brushes are available in the market for more thorough cleansing.

Another method to reduce the incidence of getting food poisoning from vegetables is to place raw vegetables away from food products, which may cause contamination like raw meat. You should utilize separate knives and cutting boards while preparing food.

Foods That Are Likely to Cause Food Poisoning

After discussing symptoms of food poisoning from vegetables and other aspects of it, let’s discuss other foods that are likely to cause food poisoning illness.

Eggs and foods that have raw eggs carry a high risk of causing salmonella poisoning. To prevent the occurrence of this type of food poisoning, ensure that the egg (both yolk and egg white) is properly cooked.

Certain egg batches contain salmonella bacteria in them that can spread easily to surfaces such as kitchen worktops along with hands and other food items.

It is important to wash your hands thoroughly both after and before handling eggs (both whole eggs and those that you have cracked open). Also wash your hands before you touch anything else in case you spill egg yolk or egg white on your hands.

Cooking red meat on barbecue also increases the risk of food poisoning. The meat has to be thoroughly and properly cooked before its consumption; hence, you should cut into it beforehand to check it. In case you have any doubt about it, then continue cooking the meat until it becomes ready.

It is another food that has high risk of causing food poisoning illness. Eating pork that is undercooked can result in a type of illness referred to as ‘trichinosis.’

Parasites present in the undercooked pork enter the gastrointestinal tract and infect the intestines resulting in symptoms and signs of food poisoning.

Though milk is a rich source of mineral calcium for children and adults; however, unpasteurized milk may be harmful because it is not treated with heat (pasteurized) and may harbor bacteria including campylobacter.

People falling in high risk groups such as children must not consume unpasteurized milk.

Shellfish is a generalized term that is used to refer a variety of seafood including shrimps, crabs, lobster and prawns. You can consume raw shellfish, for instance oysters; however, these may contain harmful bacteria or toxins that may result in food poisoning illness.

These toxins or bacteria enter shellfish via the water in which it lives but these get destroyed while cooking. Follow the instructions related to cooking, storing and preparing shellfish.