Traits of Being Passive Aggressive and How to Deal with It 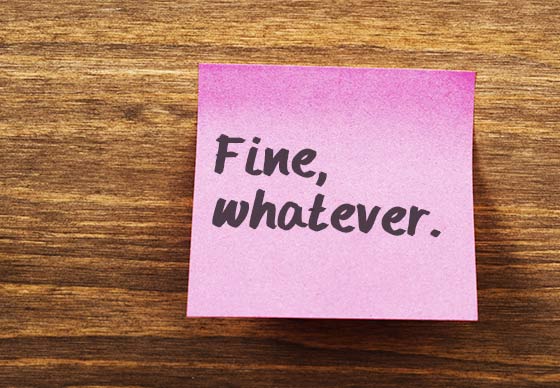 Non-verbal aggression manifested by negative behavior is called a passive aggressive behavior. It expresses negative feelings in an indirect way instead of openly confronting it. The following examples will help with a better understanding of this behavior:

The above mentioned features are some of the most common manifestations of the passive aggressiveness. However, this list is far from complete and there can be myriad other examples.

What to Do with Passive Aggressive Behavior

If you are a passive aggressive, you need to first develop an insight. It means accepting that you suffer from this problem and that you need to do something about it. You can then take steps to modify your behavior depending upon which features are dominant in your passive aggressive behavior. For example, if you often complain of your personal misfortune, then you should try to stop complaining. Similarly if you use forgetfulness as an excuse to not do the tasks that you don't approve of, you should openly discuss it with the concerned person instead of not doing it. You should try to take responsibility for your actions instead of blaming others.

If you think that your problem is pretty severe and you need professional help, you can opt for psychotherapy. Good results are usually observed after psychotherapy for passive aggressive behavior.