Know Possible Harms of Fast Food and Control Your Intake 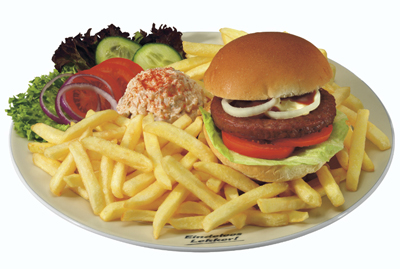 Fast food products are often rumored to cause a variety of health problems. Ingredients that are artificial, high in sugar or fat are not meant to be eaten on a regular basis. Consuming these ingredients regularly can lead to health issues including heart disease, diabetes and cancers. Being aware of these effects and disadvantages of fast food is essential to determining whether fast food is safe to include in your diet, particularly if you suffer from heart or digestive issues already.

Surveys estimate that snacking caused people to consume 300 additional calories than what they normally would. The biggest contributor to this snacking culture is McDonalds, which provides 43 percent of junk food consumption in the United States alone.

Extra sugar and food dye is put into fast food to make it more appealing, particularly to younger viewers. Many believe that these addicting ingredients are contributing to the growing obesity epidemic.

3. High in Preservatives and Additives

Fast foods like fries, chips and pizza contain a large amount of sodium from added salt and preservatives, which when consumed excessively can cause problems with kidney or cardiovascular system.

Most of the food additives and preservatives have negative effects on the body. One of the harmful ingredients is carcinogenics that can even cause cancer.

Over the past twenty years, the number of obese children has doubled and the number of obese teens has tripled. As of 2004 it is estimated that nine million children between the ages of 6-18 are obese. A stunning 65 percent of American adults are overweight. This includes 127 million overweight adults, approximately 60 million obese adults and 9 million considered morbidly obese, or more than 100 pounds overweight.

Fast food is often filled with ingredients such as soya, salt, cheese or mayonnaise and is often deep fried, which adds a lot of extra calories without adding any additional nutrition. Given the high amount of calories, it will take a significant amount of exercise to burn off the calories you take in. For example, it would take 7 hours of exercise to burn off the calories in a large Coke, fries and a Big Mac from McDonalds. Consuming this high level of calories without burning them off can lead to additional health issues.

The high levels of sugar and fat in fast food can lead to an increased risk of obesity. It has been shown that those who live close to fast food restaurants have a much higher tendency to be obese. The cooking oils and preservatives used to maintain fast food products make it difficult for your body to shed fat, making hard to shed the extra calories even if you attempt to up your activity level.

Though it is not as frequently discussed, liver damage is a significant risk associated with consuming fast food. Junk food is often filled with trans-fat, an artificial fat that is used as a stabilizer so premade foods can sit for long periods of time before they are consumed. As your body works to remove this fat from your system it can build up in the liver and cause damage. This is very similar to the damage caused by regularly consuming alcohol. If this is not kept in check it can lead to liver failure.

Regularly consuming fast food that is high in sodium and cholesterol can cause damage to the cardiovascular system. Cholesterol can clog the arteries, increasing the risk of having a heart attack or stroke. High levels of sodium from fries, sodas or enriched meat products will increase your blood pressure, which can also increase the risk of heart attack or stroke over time. As your cardiovascular system is weakened it can be difficult to perform physical activities that will allow you to maintain your health.

4. Impact on the Environment

In addition to the medical disadvantages of fast food, the production and selling of junk food puts a significant negative impact on the environment. The amount of resources necessary to raise the meat for fast food products creates a shortage of resources around the world. For example, every pound of hamburger we consume takes 2500 gallons of water and 16 pounds of grain to produce, say nothing of the land needed to raise the cattle and the grains to feed them. The animals raised to make fast food meat products are often fed antibiotics and a poor diet that causes the animals to be underdeveloped. These antibiotics and growth hormones can be passed on to those who consume the meat afterward, leading to negative health effects. Some have reported growing extra breast tissue or developing damage to the immune system from eating fast food on a regular basis.