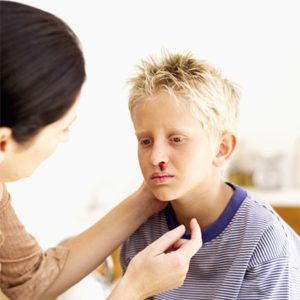 Vitamin K plays an important role in helping the blood clot, and preventing excessive bleeding. It also contributes greatly to maintaining healthy bones and healing fractures; in fact, it has now become a popular choice for people in Japan to treat osteoporosis and rheumatoid arthritis. It is basically a group of compounds, including vitamin K1 and K2. Vitamin K1 is easily available in the form of supplement in the United States. The problem comes when people suffer from vitamin K deficiency.

How Much Vitamin K to Take

There is an RDA (Recommended Dietary Allowance) for vitamin K, which explains exactly how much of it a person should take each day. The total RDA for vitamins changes with your age and gender. Some other factors such as breast-feeding, pregnancy, and illness may alter the amount you should consume daily. For instance:

Low levels of vitamin K can lead to excessive bleeding. Although vitamin K deficiencies are not that common in adults, it is a common issue for newborns. Doctors may recommend an injection of vitamin K to eliminate the problem in newborns.

Sometimes, even an adult can suffer from this kind of vitamin deficiency, which happens for many different reasons. It affects people who cannot absorb fats due to a health condition, like cirrhosis. A person may find it difficult to absorb fat if he/she is on an antibiotic therapy for an extended period or is taking medications, such as Dilantin, cholestyramine, and Phenobarbital. Excessive alcohol consumption may also reduce the level of vitamin K in the body.

What Are the Signs of Vitamin K Deficiency?

This deficiency is usually rare, mainly because vitamin K is available in large amounts in spices and leafy green vegetables. Some bacteria in your intestine can also make vitamin K, so it is usually quite rare to find someone with lower levels of vitamin K. Unfortunately, the excessive use of antibiotics can kill those good bacteria in your intestine, which may lead to a vitamin imbalance in your body.

If someone is vitamin-K deficient, he/she will manifest certain signs and symptoms. The most common sign is related to bleeding and blood clotting – it could be bleeding gums, serious menstrual bleeding, or bleeding in the digestive tract. Some other signs include cartilage calcification, excessive bleeding at puncture sites, easy bruising that leads to bleeding, and brain bleeding in newborns.

How Is Vitamin K Deficiency Diagnosed?

Excessive or unexpected bleeding is usually a sign of this vitamin deficiency, but sometimes, additional testing is required to get to a conclusion. A prothrombine time (PT) is the most frequently used lab test to find the root cause of bleeding. Vitamin K is usually given by injection if the patient is found to be vitamin-K deficient. If the bleeding continues even after an injection, vitamin-K deficiency is not to be blamed and the patient may have to go for further laboratory tests, such as thrombin time, PTT, platelet function tests, platelet count, fibrinogen, coagulation factor tests, d-dimer, and von Willebrand.

How Is Vitamin K Deficiency Treated?

If recognized early, a vitamin K deficient patient usually has a good prognosis. Just make sure to get in touch with your doctor as soon as you notice specific signs and symptoms.

Both injections and oral supplementation are available to treat this vitamin deficiency. Sometimes, a patient may already have an underlying chronic condition in which it becomes important to use vitamin K supplementations over an extended period. It usually takes 2 to 5 days to see any effects of vitamin K, whether given as supplements or injections. The PT should normalize after the use of supplementation and injections, but if that doesn't happen, the bleeding may well be due to some other condition, such a liver disease or DIC (disseminated intravascular coagulation).

What Are the Foods High in Vitamin K?

Taking vitamin K through injections and oral supplementations is definitely an option, but adding specific foods in your diet will help maintain the desired levels of vitamin K in your body naturally.  Here are some of the foods with high amount of vitamin K:

Kale tops the leafy chart with 1147 μg a cup. Spinach is also a nice choice because it has 1027 μg of vitamin K and is high in iron content. Other options include beet greens, collards, Swiss chard, and more.

A number of Brassica vegetables such as broccoli, frozen broccoli, red cabbage, savoy cabbage, Pak Choi, and cauliflower can provide you with 140 µg of Vitamin K in every cup of 156g.

Introduce more of cayenne pepper, paprika and curry powder in your food to receive vitamin K. A 100g serving of these spices will contain up to 105.7 µg.

You can watch the vidoe below for top 10 foods high in vitamin K: