Best OTC Sinus Medicines and Home Remedies You Should Know

Four pairs of hollow cavities comprise the sinus system. The frontal sinuses are located in the forehead, the maxillary sinuses behind the check bones, the ethmoid sinuses between the eyes, and the sphenoid sinuses behind the eyes. The sinuses are normally filled with air but can become blocked and filled with fluid and germs, causing infection. Sinuses are covered with a protective mucous layer and small hairs or cilia that repel bacteria, viruses, and fungi. Nevertheless, germs can evade this protective layer, causing blockage, fluid buildup and infection.

What Is Sinus Infection? 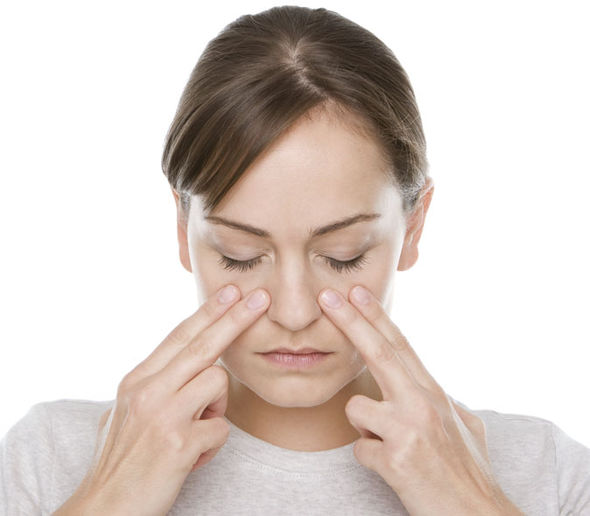 Sinusitis, also called sinus infection, is caused by inflammation or swelling of the sinuses, which are located behind the eyes, nose and cheeks. This inflammation can lead to pressure in those areas and persistent headaches. Symptoms of sinusitis often mimic those of the common cold and can include mucus buildup, nasal congestion, bad breath, cough and sore throat.

Acute sinusitis is typically shorter than eight weeks in duration and recurs no more than three times per year, with each occurrence lasting no longer than ten days. Acute cases generally respond well to the best sinus medicine your doctor prescribes. In contrast, chronic sinus infections persist longer than eight weeks and can recur more than four times in one year. Symptoms can last longer than twenty days. Long-term, chronic sinusitis is the most common type.

Since sinus problems have different causes, it's important to accurately assess your symptoms before buying over-the-counter (OTC) medications. If you have a cold or seasonal allergies, OTC medications will usually work well. However, if you experience sinus pain, tooth pain, fever, or if your sinus congestion lingers longer than ten days, see your doctor. Antibiotics may be prescribed for sinusitis caused by bacteria.

Antibiotics cannot be used to treat a sinus infection caused by a virus, however. Nevertheless, OTC medications, like decongestants, expectorants, analgesics and antihistamines, can relieve certain symptoms but the functions of each medication are different.

Decongestants are often the best meds because they work to break up the nasal congestion. Expectorants may be used in combination with decongestants to provide increased relief of mucus-related symptoms. Sleepiness is a common side effect of decongestants and expectorants, so you may want to limit their use to nighttime only.

The importance of choosing the right decongestant cannot be overstated. The following information will help you understand these remedies and what will work best for you.

Here comes another best sinus medicine. Expectorants work best on sinus infections where congestion has settled in the chest or throat and causes coughing. Expectorants work to thin the mucus. The sinusitis sufferer then can eliminate the thinned mucus through coughing, leading to faster relief of congestion.

If pain and pressure caused by sinus infection are major complaints, anti-inflammatory pain-relievers like acetaminophen and ibuprofen may be your best option. An additional benefit: These medications may also reduce or eliminate fever.

Individuals with severe allergies often experience maximum symptom relief from antihistamines, which help alleviate runny noses, and prevent sneezing, congestion and coughs by thickening mucus. Antihistamines work to block the effects of histamines produced during allergic reactions, so allergy sufferers may benefit from regular use.

Others Ways of Avoiding and Minimizing Sinus Problems

Except those best sinus medicines mentioned above, there are many other effective home remedies that help you alleviate sinus discomforts.