Cystitis occurs when the bladder becomes inflamed, usually because of a urinary tract infection (UTI). Some have asked whether guys can get cystitis because cystitis more often occurs in women, because they have a short urethra. The urethras location, near the anus, makes infection from bacteria more likely to occur. The bacteria, most commonly Escherichia coli, create a UTI and then cystitis when they reach the bladder. Cystitis in males occurs less frequently. However, it can be more serious in men as well. 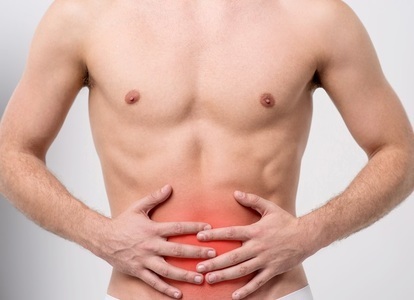 What Causes Cystitis in Men?

It occurs by not properly emptying the bladder – this is more common with men who have large bladders, damage around the urethra, or bacteria from anus to urethra. In some cases, the latter occurs from sex. It can also occur from a urinary catheter being changed, kidney problems, and frequent or vigorous sex that results in bruising or physical damage to the urethra.

With cystitis, men are more at danger because it could mask prostatitis (a prostate infection), a blockage (including a tumor) in the urinary tract or an enlarged prostate.

Risk Factors of Cystitis in Men

Several factors may increase the risk of cystitis for men. These include an enlarged prostate, kidney stones (that’s why it’s important to always be hydrated), and an abnormal narrowing of the urethra. Additionally, using an artificial means of draining the bladder or inserting a camera, processes known as catheterization and cystoscopy respectively, can increase the likelihood.

Age plays a role as well. Men over the age of 50 are at a considerably higher risk of cystitis due to the fact that the prostate tends to become enlarged in older age.

Also, male homosexuals who engage in same gender sex are more likely to develop cystitis than others who do not engage in the same type of sex.

What Are the Symptoms of Cystitis in Men?

In cystitis, men show a variety of symptoms, including:

How to Treat Cystitis in Men

As previously mentioned, some symptoms associated with cystitis, could be symptoms of another underlying problem. If symptoms persist, children and men should visit a doctor. If caught early, most treatments effectively solve the problem. If left untreated, however, cystitis can lead to kidney or prostate infections.

When medical treatment is necessary, doctors often prescribe a short course of antibiotics, with most feeling the effects within the first treatment. If things do not improve after the treatment expires, consult the doctor.