MS (Multiple Sclerosis) Symptoms and So Much More 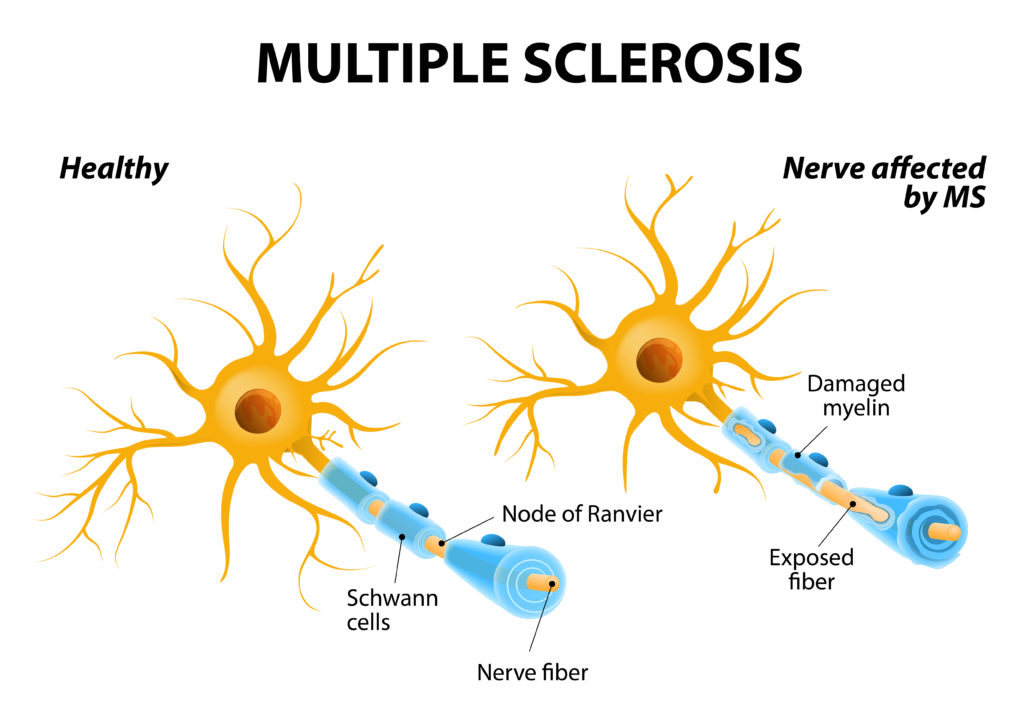 Known as an autoimmune condition, MS is when something goes awry with the immune system, which is the body’s defense against infections. The body then mistakenly attacks body tissue that is healthy. In this case it is the myelin covering of the nerves.

Because of this, multiple sections of the spinal column and brain can become damaged and hardened (sclerosis), which can then disrupt the nerve signals that pass through these areas.

What exactly causes the immune system to act in such a manner is not clear, however most experts believe that a combination of environmental and genetic factors are to blame.

There are numerous different MS symptoms. A lot of people only experience a few of them and it isn’t likely they will develop all the symptoms listed here. Symptoms of MS are generally unpredictable.

Some people experience their symptoms worsening over time gradually. Seen more often, symptoms come and go at various times. Times when they worsen are called relapses, and periods when they improve or go away completely are called remissions.

Relapses can happen at any time, and your symptoms can vary with each relapse. Even though relapses generally happen for no reason that is apparent, there are various triggers which include exercise, infections and hot weather.

To confirm MS symptoms, there aren’t any specific tests. The diagnosis will rely upon ruling out other conditions which could produce similar symptoms and signs.

Your doctor will mostly likely begin with a thorough medical history plus an exam. Your doctor might then recommend:

These types of tests record the electrical signals made by the nervous system in response to stimuli. This test could use electrical or visual stimuli, in which you’d watch a moving visual pattern or short electrical impulses are put to the nerves in your arms or legs. Electrodes measure how fast the information goes down the nerve pathways.

No medications currently can cure MS, but there are other treatments for MS which can shorten how long relapse or attacks last, ease particular symptoms and slow the progression of the disease by lowering the rate of the attacks. The kinds of medications used will depend on a number of factors, which includes what form of MS someone has.

Some medication treatments available are:

MS can be a frustrating and challenging condition to live with, however new treatments over the last twenty years have improved the quality of life considerably of people who have the condition.

It is not fatal, however some complications which can come from severe MS, like pneumonia, can be.

Because of this, the average life expectancy for people with MS is about five to ten years less than the general population. This gap does seem to be getting small, maybe because of the improved medical care available.

You can watch the video below to learn more about ms symptoms and other multiple sclerosis information: