Diazepam is typically marketed under the name Valium, though in some countries it is known as Antenex. This medication is prescribed to those suffering from seizures, insomnia, restless leg syndrome, panic attacks, alcohol withdrawal, Meniere's disease or benzodiazepine withdrawal. In some cases, this drug may be prescribed to induce amnesia after a medical procedure. Diazepam is designed as a central nervous system depressor and is used as a muscle relaxant, anticonvulsant, hypnotic or sedative. The drug is intended to provide short-term relief for these conditions, but this drug has a high dependency rate due to the relaxing properties associated with the medication. Patients that stop taking this medication suddenly can develop negative side effects that will need to be addressed. 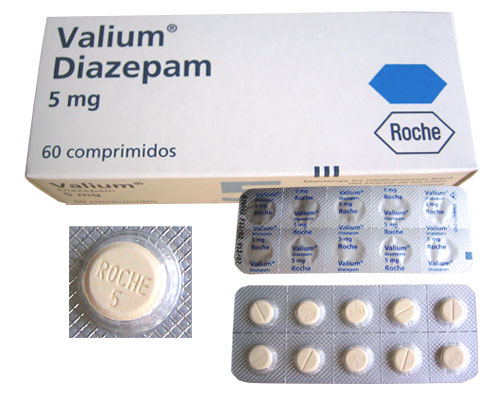 Symptoms tend to be more severe and pronounced in those that were given Diazepam for long periods of time or those who were given very high doses of the medication.

How Long Does Diazepam Withdrawal Last?

Withdrawal tends to function on a fluctuating schedule. You will have periods of high and low symptoms that will change from week to week. The length of your withdrawal and the severity of your symptoms will highly depend on how long you were taking Diazepam and the size of the doses you were given.

Withdrawal symptoms can begin in as little as a few hours after the last dose was taken. These symptoms will get progressively more intense within the next few hours as the body begins the detox process. After the severe symptoms have passed, the patient may experience rebound side effects that can last for weeks or months, though you should see a decline in approximately 6-8 weeks after the initial effects began to appear.

How to Stop Taking Diazepam

You should not stop taking Diazepam suddenly. This increases your risk that you will experience severe withdrawal symptoms. This also increases the temptation to start taking the drug again even though you no longer need it, especially as the severe symptoms start in the first few hours of cutting off the supply. You will need to give your body time to adjust to doing without the ingredients in Diazepam, so you will not experience physical side effects once you cut the medication from your routine. Those who have been working with a long-term prescription for Diazepam will need to be especially careful when they stop using their medication since they will be the most susceptible to the severe symptoms which can follow.

Your doctor should address any potential concerns regarding Diazepam withdrawal when it comes time to stop taking your medication. If you determine that you no longer wish to be using this medication, talk with your doctor about the safest ways to cut Diazepam from your routine without creating the dependent effects which typically follow.

In most cases you will not be able to stop taking Diazepam when your prescription runs out. You will need to slowly cut down on the amount of Diazepam you take each day so your body becomes used to functioning without these ingredients in your system. Your doctor will determine the best schedule to help you wean off your Diazepam prescription. In most cases, you will start by cutting your prescription by 10 percent every three to five days, though some patients will need to cut their prescription by 25 percent each week. Follow any instructions you get closely and inform your doctor immediately if withdrawal symptoms begin to appear.