Oatmeal has been commonly used as a breakfast food for long. Oatmeal is prepared from oat groats, which are kernels of oat that have their husks removed. The oat groats used to make oatmeal are typically steel cut (chopped), instant or rolled. It is cooked while mixed with a liquid and served warm with add-ons such as nuts, fruit or sweeteners. You can prepare it ahead and reheat in the mornings to get easy and quick breakfast. How are oatmeal and diabetes connected? Let’s find out. 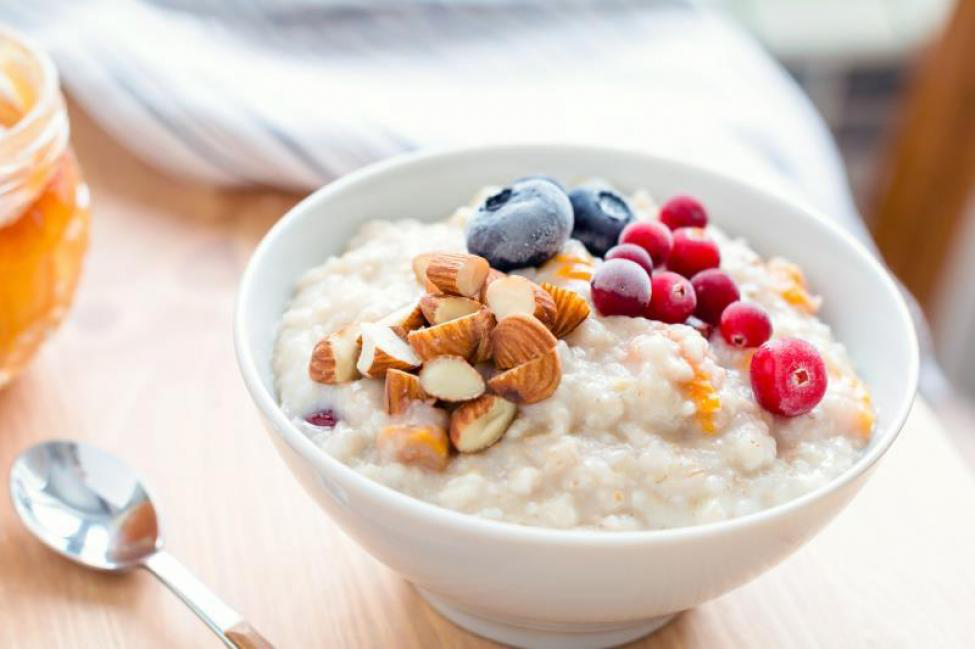 Diet plays an important role in controlling and treating diabetes. Foods rich in fiber including oatmeal help to maintain levels of blood sugar and to reduce complications of diabetes.

Glycemic index is indicative of how fast a particular food increases your blood sugar and plays an important role in managing diabetes. Foods including oats have low glycemic index; therefore they keep glucose levels balanced for better control of diabetes and prevention of complications. Oatmeal causes this effect as it increases the thickness or viscosity of the stomach contents, slowing digestive process and prolonging glucose absorption into the blood. This also provides your body a long-term, stable energy source.

People who have diabetes also suffer from a raised risk of developing high cholesterol. Beta-glucan, which is a type of soluble fiber, is present in oatmeal that helps in lowering blood cholesterol. This happens as soluble fiber of oatmeal and other foods that are rich in fiber forms a gel-like compound in the small bowel, trapping the unhealthy cholesterol present in foods and preventing it from getting absorbed in the body. However, this compound does not trap the HDL or good cholesterol.

What is the connection between oatmeal and diabetes? Oatmeal is a food that is good for the health of heart. This is especially important for people suffering from diabetes as they are at an increased risk for developing heart disease. Apart from lowering cholesterol, oatmeal also contains lots of potassium, which helps in reducing hypertension and maintaining the health of blood vessels and heart, thereby preventing heart disease.

Reduction of Dosage of Insulin

An important part of management of diabetes is nutrition, which can help decrease the requirement for treatment using insulin and medicines. A study conducted in 2008 demonstrated that patients having diabetes who followed a diabetic diet could manage their blood sugar levels at around 158 mg/dl. When they added oatmeal to the diet, it further reduced their blood sugar levels to around 118 mg/dl. It was further reported by the research that these nutritional changes resulted in around 40% decrease in dosage of insulin, which is required to achieve the controlled blood sugar levels.

Note the Possible Side Effects

What is the link between oatmeal and diabetes? For majority of the diabetic patients, eating oatmeal does not cause lots of side effects unless you eat versions that have lots of artificial flavorings and sugar.

For diabetics who do not have gastroparesis, the side effects of including oatmeal to their diet are:

How to Eat Oatmeal for Diabetes in a Healthy Way

Don’ts and Dos of Oatmeal and Diabetes

Oatmeal when prepared in the correct manner and added to a diabetes diet can help in the management of diabetes.

While adding oatmeal to your diet, there are many things that you shouldn’t or should do to maintain its health benefits.

There are many dos that can be added to the preparation list of your oatmeal to increase its positive health benefits.

When consuming oatmeal, you should do the following:

When consuming oatmeal, you shouldn’t do the following: