What Is Enema and How It Helps? 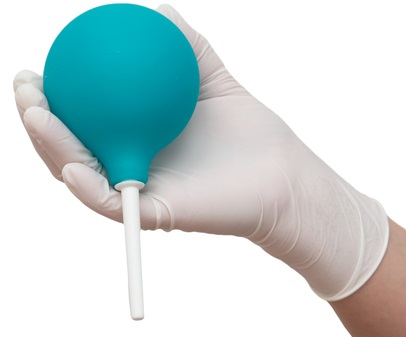 How Does Enema Help?

Enema with a solution of immunomodulator drugs like corticosteroids is sometimes used for treatment of ulcerative colitis.

3. For Imaging of Bowel

Barium enema is used for imaging of the lower segments of the bowel (rectum and colon). Barium sulfate solution functions as a contrast agent that can be seen on radiographs.

Enema is used for cleansing the lower segments of gastrointestinal tract before the endoscopic examination like sigmoidoscopy or colonoscopy.

Other than the above listed uses, enemas are sometimes misused for variety of other purposes. Such misuse of enema is risky and discouraged.

The paraphilia in which sexual arousal is received from enema is known as klismaphilia. The person having such paraphilia should use correct technique while administering enema. Mind that experimenting with new techniques or administering increased quantity of liquids might be life-threatening sometimes.

Many different types of enemas are being "promoted" as a method to detoxify the body of "harmful" chemicals. Examples of such detox therapies are coffee enemas and colon cleansing.

Be careful though such practices have not been proven to have any benefit. Moreover, they have required hospitalization on numerous occasions because of the side effects. Coffee enema is particularly dangerous and deaths have been reported because of it. 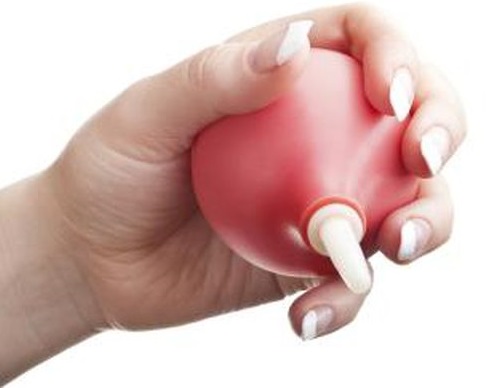 Many drugs, including alcohol, are absorbed rapidly from the colon. Moreover, the absorbed drugs directly reach bloodstream without being first metabolized in the liver. This results in higher levels of drug/alcohol concentration in the blood. Alcohol enema is most frequently abused and this practice should be discouraged. Numerous hospitalizations and even deaths have been reported because of alcohol enema.

Most commonly, repeated enemas cause electrolyte imbalances. Enema may also sometimes cause reflex vagus nerve stimulation which may cause lowering of the heart rate. Severe vagal response may cause dizziness or fainting due to profound lowering of the heart rate (bradycardia). More severe complications like rupture of lower bowel segments are rare if enema is correctly administered and the person receiving enema is not already suffering from any bowel disease.

Coffee enemas are sometimes associated with much more severe complications like severe electrolyte imbalance, septicemia, internal burning of the rectum and colon, inflammation of the bowel wall and even brain abscess. As already mentioned, deaths have been reported because of coffee enemas.