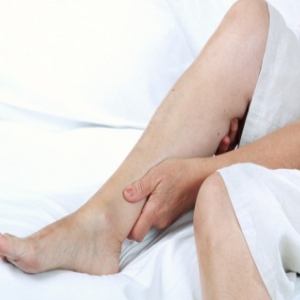 Those who have restless leg syndrome, also known as RLS, find that their legs feel as though they can never sit still. This is especially true when in a sitting position or when lying down. Since the person can usually not be still, this is also considered a sleep disorder, as it can interfere with sleep. Those who have RLS can develop this at any age and as a person ages, they usually find that the RLS gets worse. Those who deal with this day in and day out often find that they are drowsy throughout the day and that they have problems with traveling. The good news is that there are several ways in which a person can help to ensure that RLS is not controlling their lives.

Those who have RLS often find that they experience uncomfortable feelings in their legs. These feelings are usually described as pins and needles, an itchy feel or even as though something is crawling up their legs. When a person is resting, is when these symptoms are worse, hence the name of the syndrome. Those who do have these symptoms can have a mild or severe case, it really depends on the person. Those who have severe symptoms are often plagued with sleep disorders as well, as their legs keep them awake throughout the night, or simply does not allow the person to get comfortable enough to actually sleep.

It is estimated that around 10% of the US population suffers from RLS. More women than men are affected; however, it can affect anyone, at any age. Though, older adults are often more susceptible to this. The good news is that once RLS is diagnosed, it can be treated with success. The causes for RLS can vary.

Can Restless Leg Syndrome Be Diagnosed?

There is no set test that is used to diagnose RLS; thus diagnosis can take a few trips to the doctor. However, doctors will rule out other causes of these symptoms with blood tests. Most doctors diagnose a patient based on the symptoms they are experiencing and their family history. Doctors also look at medications to ensure that this is not the result of something that a person may be taking. When being diagnosed with this, it can take several other tests to rule out other issues, while the doctor considers all the symptoms that a person is feeling.

How to Treat RLS

There are several ways in which RLS can be treated. Many people find that they can use home remedies to treat this on their own and suffer less from restless leg syndrome. While others find that they have to go to their doctor to get prescription medications.

There are also medications that can be taken, which is what a person must do if they find that changing their lifestyle has not helped. The medications which can be help are listed below:

It is important to note that not every medication is going to help an RLS patient. In fact, what helps one person may do nothing for someone else who has the same issues. Medical treatment is often a trial and error process to find which drugs will help to decrease the symptoms and help the person to sleep.