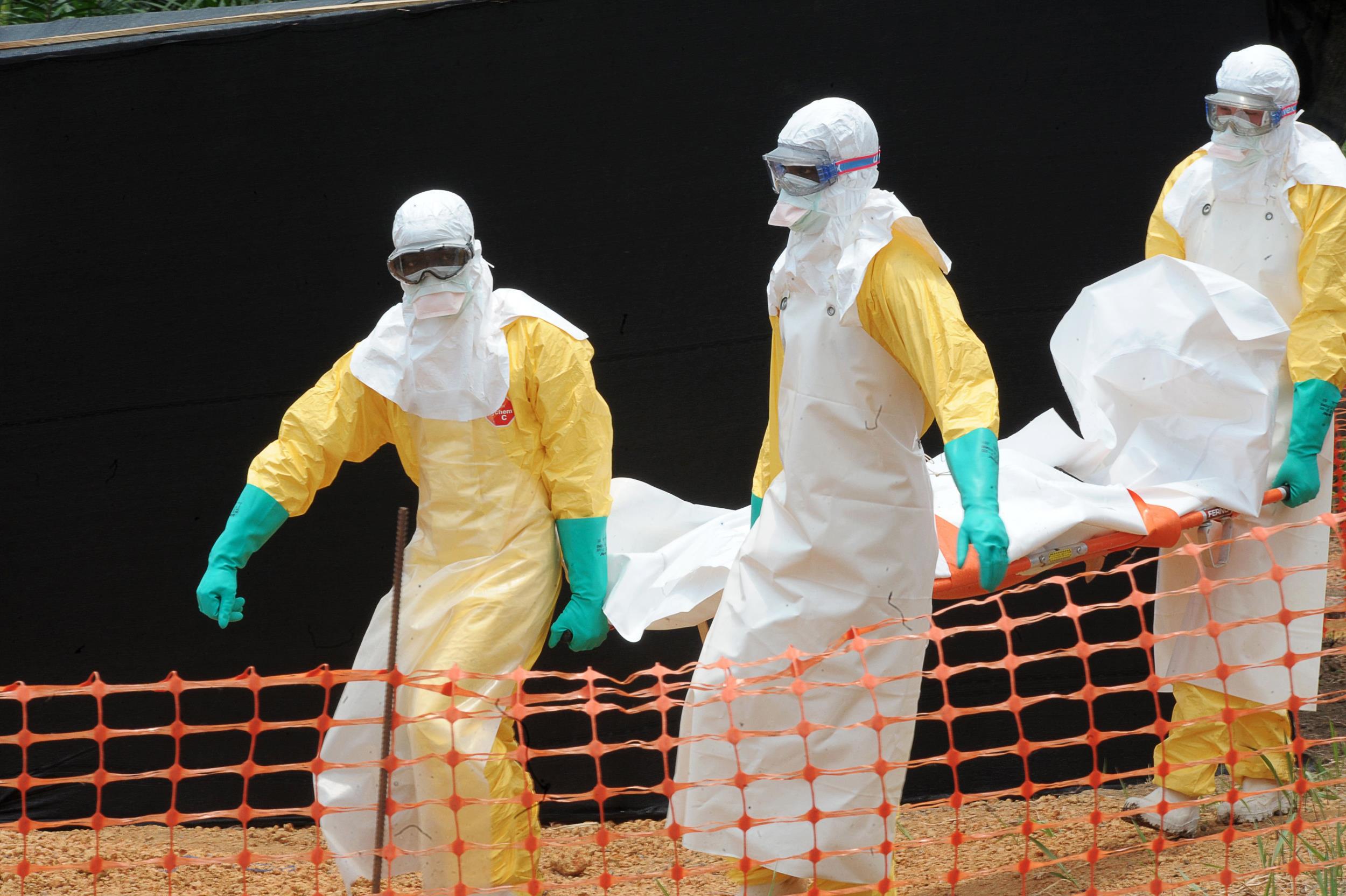 The Ebola outbreak currently affecting West African countries Sierra Leone, Liberia, Guinea and Nigeria is the deadliest Ebola outbreak to have hit the continent. It is the first outbreak of such magnitude in the western part of Africa which is why the CDC has immediately mobilized the (EOC) Emergency Operations Center in a bid to manage this outbreak and work with other partners like the World Health Organization, the U.S. government and other national and international bodies and organizations. The CDC has initiated a global response to this Ebola outbreak to control the spread of this disease.

CDC has sent many experts of this disease and teams of trained healthcare professionals to the countries suffering from this outbreak and intends to send more teams to West Africa to bolster the health relief efforts.

Where Did Ebola Outbreak Start?

Discovered in 1976, Ebola was thought to be caused by eating gorilla meat. However, studies have shown that this is not the case, as primates that get infected with this virus have a higher chance of dying as compared to humans.

Researchers have discovered that the Ebola virus originates in bats and spreads to the humans and gorillas if they eat food which is contaminated by bat feces or their drool. The virus also spreads if people touch their mouths or eyes after having touched surfaces that had bat droppings present on them.

Doctors Without Borders reports that a village located in the vicinity of Guéckédou in Guinea is being touted as the starting point of the 2014 Ebola outbreak, where bats are found in a large number.

According to the World Health Organization, the current Ebola outbreak that started in December last year in West Africa has claimed more than 1,200 lives till now.

The New York Times reports that from 14th August to 16th August, 84 people lost their lives to the Ebola virus. The U.N. healthy agency’s reports say that up until now an estimated 2,200 people have been affected by the Ebola virus.

Liberia, Sierra Leone and the Guinea are the countries that have been the hardest hit by the current Ebola outbreak and the governments there have been trying to curb the spread of the virus.

Where Is the Ebola Outbreak?

According to the statistics released by the United Nations Office for the Coordination of Humanitarian Affairs and the U.S. Department of State, the Ebola outbreak has affected the city of Guéckédou in Guinea, large parts of Sierra Leone including Free Town, Monrovia in Liberia and Nigeria. 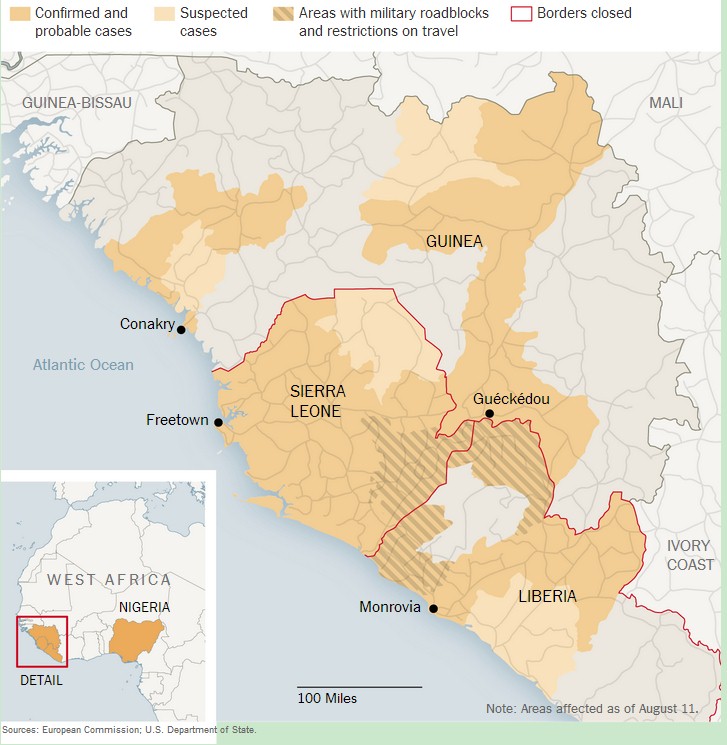 Is It Possible to Have an Ebola Outbreak in the U.S?

Even though a couple of American health aid workers contracted the Ebola virus during their stay in the affected countries of West Africa, experts believe that there is slim chance of an Ebola outbreak occurring in the U.S. The workers are currently being kept in a containment unit in an Atlanta hospital which has been designed for patients carrying infectious diseases.

Up until now, no case of Ebola has been reported in the United States. To prevent chances of an Ebola outbreak, the doctors have been advised to investigate the travel history of patients that are suffering from fever and to screen those who had recently returned from West Africa. In the event of an infected person brining the virus into the country, experts believe that the stringent measures undertaken for control of infectious diseases will ensure its containment.

It has been observed that the speed at which Ebola virus spreads is not that high contrary to what we have seen in many Hollywood movies based on the subject of contagious diseases. Back in 2008, a patient carrying Marburg virus, which is similar to Ebola, could have infected at least 200 people before she had been diagnosed but nothing happened.

An Overview of Past Ebola Outbreak

The current Ebola outbreak is the severest one in history overshadowing the outbreak that occurred in 1976.

Why Is It Difficult to Contain Ebola Outbreak?

Doctors Without Borders report that the efforts being made to contain the outbreak are unable to keep pace with the epidemic and the governments of the affected countries are having a hard time in controlling it.

People in remote areas of West Africa believe that they can get infected with the virus just by saying its name. It is because of this mentality that doctors are having a hard time in containing the virus. People are blaming the doctors for the outbreak of Ebola as well since they have been found to be responsible for spreading the virus by not using necessary safety equipment when treating Ebola patients in the past.