Although insect repellents can prevent various insect bites, sometimes, you just can't stop the menace of getting bitten by these bugs. The most common occurrence when an insect bites is a rash. These bug bite rashes are red and cause itchy bumps on top of the skin. The rash is, in fact, an allergic reaction to substances that enter when the insect bites. Most insect bites cause a mild reaction while others cause serious, sometimes, life-threatening reactions. This article provides you with some of the common insect bites to be aware of.

Bed Bugs are parasitic insects that feed only on blood. 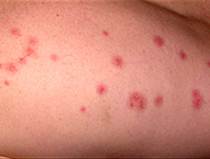 Mosquitoes are usually harmless creatures. However, there are certain types of mosquitos that cause various fatal illnesses such as Malaria, Pilaria and Dengue fever.

Chiggers, larvae of mites, feed on fluids in skin cells and reside in damp areas with dense vegetation. 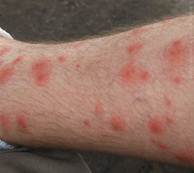 These are small insects that are very similar in appearance to spiders. They feed human and animal blood. 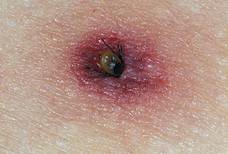 A flea is a tiny brown bug. These bugs too are blood drinking parasites. 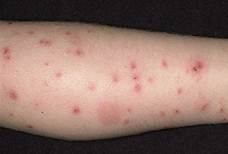 It is very rare to be bitten by spiders. Spiders are harmless generally although the Black Widow and the Brown Recluse Spider are extremely dangerous.

Often, head lice hide in the scalp around the neck area or behind the ears. You may get head lice by sharing personal items such as brush, hat, or others with whom has lice. Lice can't carry illness, so they don't cause severe problems. 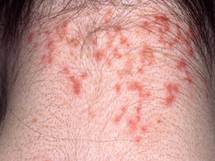 When biting people, common types of bees lose the stinger and then die. However, a wasp, yellow jacket or hornet can sting multiply as it doesn't lose its stinger which can lead severe reactions to those who are allergic to the toxin of the sting. 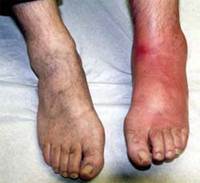 Often found in the Southern states, fire ants look much the same with the ordinary ants. When disturbed, they attack people by using jaw to latch onto the skin, and sting by injecting venom from the abdomen. 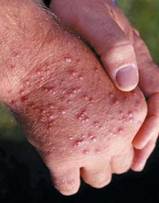 The poison of caterpillar is hidden in the hollow spines of the hairs. 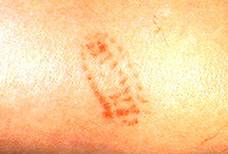 While not all insect bites result in reactions, some may actually cause severe reactions to insect bites instead of just bug bite rashes, which can result in following symptoms. In such situations, immediate medical assistance may be needed as the venom can be fatal.

Treatment for insect bites depends upon what insect has bitten and how sever the reaction is. While there are numerous ways to treat insect bites, the suitability depends on what the insect is and how the person bitten is affected.

Below are some of the main treatment options for insect bites:

Insect bites can be painful and itchy in general and fatal in certain cases. The severity of the condition depends upon the insect and the person's reaction level. It is imperative to find out what insect has bitten in case of painful bites resulting severe reactions. Seek immediate medical assistance in situations of sever discomfort and reactions while home remedies and OTC anointments can sooth mild discomforts.