Optic neuritis or demyelinating optic neuritis is an eye condition that affects the protective covering of the optic nerve (myelin sheath), resulting in inflammation, nerve damage and visual symptoms. These symptoms include blurring of vision, distortion, decreased color vision, blind spots, and pain on eye movement. These symptoms may affect one eye, which may get better in a few months. Repeated attacks can occur, and in some cases, the other eye may be affected, too. 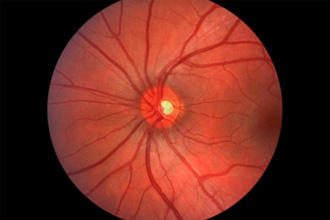 Optic neuritis often affects middle-aged people aged 45 or younger and it occurs more in females. Patients who have preexisting conditions affecting the immune system such as multiple sclerosis are more likely to experience optic neuritis. These conditions are characterized by an overactive immune system that attacks the body’s own tissues such as nerve sheaths, which may lead to nerve damage with loss of sensory and mobility functions.

Optic neuritis or neuropathy may also be caused by:

The diagnosis of optic neuritis may be made after the eye doctor (an ophthalmologist) conducts a complete medical history, physical examination, which includes a detailed eye examination, and some laboratory tests. During the eye exam, the eye doctor evaluates your vision, measures eye pressure, and uses instruments to look into the inner structure of the eye. To facilitate this procedure, your pupils need to be dilated or widened with eye drops.

Further tests on the brain may be requested, such as an MRI or magnetic resonance imaging exam, which may help identify the cause of inflammation of the optic nerve as well as other lesions in the brain.

Optic neuritis treatments have been influenced by the recent results of Optic Neuritis Treatment Trials (ONTT). These studies have shown that oral intake of steroids (a type of drug that reduces inflammation) has little effect on patients’ visual outcome and may even increase one’s risk of repeated attacks when compared to placebo treatments. In contrast, treating patients with IV (intravenous) steroids results in lower risk for repeated attacks. Furthermore, patients who receive IV treatments are less likely to develop multiple sclerosis than those who receive oral steroids or placebo.

Based on the results of the ONTT, optic neuritis is now treated using a combination of IV steroids, usually given for three days, followed by oral steroids, which are taken for 11 days.

Optic neuritis may cause visual deficits that may appear to worsen for seven days before stabilizing for 3-8 weeks. This is followed by gradual visual improvement. Most patients (95%) recover their vision within half a year from the onset of symptoms. However, in less than 20% of patients, recurrence of symptoms occurs on the same eye, while in some patients, optic neuritis affects the other eye within a decade.

Since optic neuritis is sometimes associated with the development of multiple sclerosis (MS), your eye doctor may recommend further tests such as an MRI. If damage is found to affect the "white matter" of the brain, there is more than 50% chance of you developing MS within ten years. However, with normal imaging results, you still have more than 20% chance of developing the disease.

Watch a video for causes, symptoms, tests and treatments for optic neuritis.