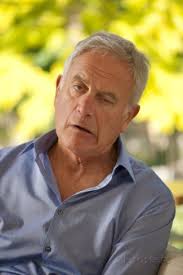 Stroke is a serious medical emergency due to complications and long term adverse effects of brain ischemia, which can be defined as relative or absolute lack of oxygen and nutrition supply to the brain tissue. Some may ask what does a stroke feel like. They symptoms resemble those of a heart attack.

For proper functioning of over 100 billion neurons in the human brain, proper supply of blood is needed at all time. The blood supply can be interrupted by any clot or plaque. The transient cut-off of the blood supply to brain causes an ischemic injury of that area and stops the neuron from being functional, creating a mini stroke (or transient ischemic attack). The symptoms may last for up to 24 hours but usually resolves within a few minutes. Chances of getting a major stroke increases in the next three months of having a TIA.

It is very difficult to differentiate a mini stroke from a massive stroke on radiological diagnostic tests (like MRI) alone. Following are the major symptoms of a stroke:

However, for minor cases of stroke, not all symptoms are there and they last a very short time, so the answer to what does a stroke feel like is not the same for everyone.

The symptoms depend upon the area of brain under ischemia. Usually it attacks the areas least required for daily routine activities for a very brief period. Such as if the hand area of brain had a mini stroke; difficulty in writing will be the primary complaint that may last within minutes to hours. Similarly, brainstem victims will come up with vertigo, difficulty speaking and blurred or double vision.

Individuals with silent stroke are usually asymptomatic. In other words, silent stroke is usually brought to light by a brain MRI (advised for other complaints). The patient may have slight memory problem as its initial manifestation.

How Does It Feel to Get a Stroke?

The typical presentation and sign/ symptoms of stroke vary from person to person. Every individual will tell you a different story, with different onsets, symptoms and complaints. Some people will tell you that they did not feel anything coming up their way; they were relaxed and calm and quite normal before, and suddenly developed headache, heaviness in head and eyes, and then drops onto the floor getting a paralytic attack on either their whole body or on one side of the body. While others will narrate that the event was preceded by a mild to severe pain in arms or legs before the attack occurred. The mild symptoms were then followed by paresthesia on either side of the body; ending up with a vomiting or two.

Note:Whenever you see someone developing the stroke symptoms, get that person to the emergency as soon as possible by calling at 911, as delaying the process by every minute will cause deadly damage to the patient.

Here are some individual accounts to answer what does a stroke feel like:

“I felt myself in some confusions and wasn’t able to make decisions. 2 hour later I developed severe headache while I was driving. I kept on driving, went a wrong way and got a blackout. The next time I opened my eyes, I saw doctors around me and got to know that I had an accident. I am better now”.

“My phone fell down from my left hand as I was attending a call. I answered that by picking it up from my right hand. But it was scary as I sounded like I am drunk. In just a few minutes, I lost all sensations and motor control on the left side of my body. I immediately rushed to the emergency room. Fortunately, I didn’t lose my consciousness, but for the next one week, I had to live with a very severe headache”.

“I felt the worst headache ever, as in I got hit by a strong metal ball over my head. It made me cry and the time I was trying to reach the phone, I lost my short term memory. I forgot the numbers, forgot my birth date and month, wasn’t able to speak as I couldn’t think of anything to say. I thought of a bad migraine, but then went to the hospital. It was really frightening and painful though”.

How to Tell Someone is Having a Stroke:

Differences from Other Attacks

Learning what does a stroke feel like is not enough because if can be confused to other attacks:

The major stroke has no similarities with the anxiety attack. However, mini stroke can create a confusion like state with anxiety; thereby mimicking an anxiety attack. Although, it is quite challenging in some cases to accurately differentiate both the issues; there are some key differences. The mini stroke develops instantly, but the symptoms wear off soon as well. On the other hand, anxiety attack is a slow, gradual and chronic process; with most people giving a positive history of anxiety attacks in the past. Anxiety attack can make it difficult for individuals to move the face or limbs properly, but cannot completely paralyze your body or any part as stroke does. In addition, the mental status and confusion due to anxiety often co-exist with palpitations, shaking and slurring of speech.

Difference Between Heart Attacks and Stroke

The heart attack is also a serious emergency as stroke. The patient must be taken to the hospital as soon as possible in order to minimize the damage to vital tissues. The symptoms of heart attack are well differentiated from that of a stroke, as in a heart attack the major symptoms are chest and limb pain on the left side. The pain can also radiate to other parts like the jaw and shoulders. HERE are the detailed symptoms.

Difference Between Seizures and Stroke

Seizures are also different from strokes in various ways. Stroke occurs mainly in older ages, with the history of hypertension, hypercholesterolemia and a positive family history of vascular disorders. On the other hand seizures can occur in any individual without relevant history. Paralysis does not occurs in a seizure attack, while a major stroke always leads to paralysis.