Stomach ulcers may be known as duodenal ulcers or dyspepsia. A peptic ulcer is an ulcer that has formed in the lining of the stomach or the early sections of the small intestine. This may also be known as a gastric ulcer. The gastrointestinal tract contains a lining that protects it from the acid produced by the stomach. When this lining breaks down or stops working correctly, the tissue beneath can become inflamed, resulting in an ulcer. If this becomes severe it can cause a perforation in the intestines, which can be quite dangerous.

Stomach ulcers can be caused by a number of conditions:

The most common symptom of a stomach ulcer is stomach pain. The level and presence of pain will vary from patient to patient. This pain will predominantly appear in the upper abdomen and may wake you up at night. Sometimes this pain is mistaken as the symptom of a heart attack.

You may also experience mild nausea which is relieved by vomiting, a feeling of fullness, an inability to consume liquids at your usual rate, or a hungry feeling 1-3 hours after having consumed a meal that does not match your usual eating patterns. Other possible symptoms of a stomach ulcer include weight loss, bloody stool, and vomiting which may include blood and fatigue.

Two tests are frequently used to diagnose a stomach ulcer. When given an upper GI, people will be given a barium solution to drink. This will be tracked with a series of X-rays that will allow your doctor to view a stomach ulcer on screen. An esophagogastroduodenoscopy is performed by a gastroenterologist. A small camera protected by a tube will be sent down the GI tract, allowing the doctor to view the stomach and small intestine to check for ulcers.

Treatment and Prevention of Stomach Ulcer

Treatments for stomach ulcers will combine medications that will kill any h. pylori bacteria present and reduce the acidity within the stomach. This will give the lining of your stomach a chance to heal and will reduce the chance that it will return.

Foods That Can Help 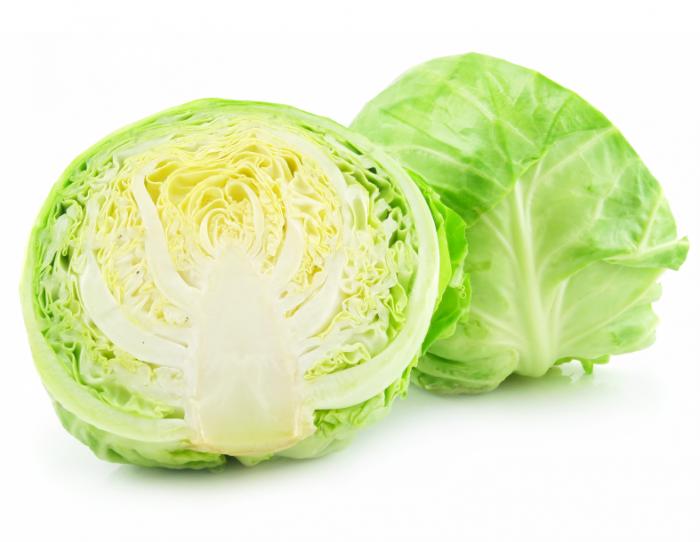 You can include cabbage in your diet when you have a stomach ulcer. It helps by producing lactic acid that increases the production of an amino acid responsible for directing more blood to the stomach lining. This helps heal the ulcer and strengthen the lining. It is also a good source of vitamin C, which improves your defense against H. Pylori infection.

Take a cabbage and cut one-half of its raw head. Now, take two carrots and cut into small pieces. Put both carrots and cabbage in your blender and turn it on. Extract the juice and drink about one-half cup before each meal. Have another one-half cup at bedtime for a few weeks to treat stomach ulcer.

You can eat both ripe and unripe bananas when you have a stomach ulcer. Antibacterial compounds in bananas are effective against ulcer-causing infections. Regular consumption of bananas is also helpful in reducing the acidity of gastric juice, which in turn reduces inflammation.

Thanks to its antibacterial properties, coconut can also be included in your diet to help treat your stomach ulcers. It helps clear ulcer-causing infections and reduces inflammation as well.

Drink a few cups of coconut water or fresh coconut milk every day. You may also include the kernel of the coconut in your diet. Be sure to follow this routine for at least one week to see its benefits.

Raw honey has antibacterial, antiviral, and anti-inflammatory properties. It also helps accelerates the healing process, which is why it proves effective in the treatment of stomach ulcers. Honey also contains an enzyme called glucose oxidase, which produces hydrogen peroxide and kills ulcer-causing bacteria.

Be sure to have at least a couple of tablespoons of raw honey every day. It is better to have it as first thing in the morning. Eating it on an empty stomach will help strengthen the stomach lining and cleanse the bowel as well.

Ulcers which go untreated will frequently return, especially if you are suffering from an h. pylori infection. You will need to follow your doctor's instructions to help prevent future ulcers from developing.

If you have been showing any symptoms of a stomach ulcer, or if you have been feeling light-headed and dizzy, contact your doctor to have an evaluation. If you suddenly develop sharp abdominal pain or a hard, rigid abdomen that is tender to the touch, vomiting blood or blood in the stool, or if you have symptoms of shock such as confusion, excessive sweating or fainting, contact emergency medical services right away. These are signs that you may be suffering from a serious or potentially life threatening condition.