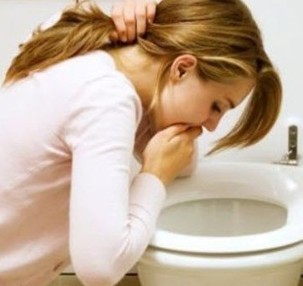 Nausea can be an extremely discomforting feeling, and also a cause of alarm for many diseases as it is triggered due to various reasons. Feelings of nausea can, quite often, be preceded with vomiting, although it is not common to simply feel nauseous without vomiting. Feelings of nausea can also be experienced concurrently with other sensations. For example, the production of excessive saliva in the mouth, dizziness and stomach pain may also occur with feelings of nausea. Nausea after eating is quite common and could be due to a number of causes. Understanding some of these causes which results in nauseous feelings after a meal is of benefit to anyone, as it is a common occurrence.

Causes of Nausea After Eating

Here, we will take a closer look at some of these causes.

How to Get Rid of Nausea After Eating

Treatment depends on the cause. It may be beneficial seeking medical advice, if the nausea persists. You can try the treatment options mentioned below, apart from the doctor's suggestions.