9 Types of STDs You Must Know

Most sexually transmitted diseases or STDs can affect men and women equally, but there are some circumstances which can cause STDs to affect women more severely. Pregnant women must be especially mindful of avoiding sexually transmitted diseases as they can also pose a risk to their unborn child, which includes the risk of the child developing the disease. STDs can often pose additional health risks that can damage the rest of the body, which may need to be treated alongside the infection. 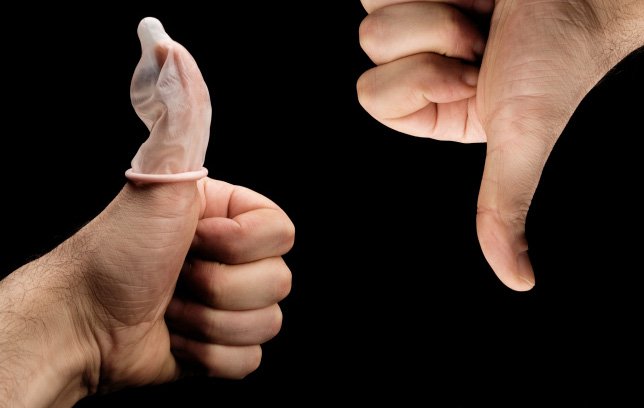 STDs, or sexually transmitted diseases are infections that are primarily spread through sexual contact, though some STDs can be passed through any contact with bodily fluids from an infected person. Sexually transmitted diseases can be caused by viruses, bacteria or parasites. Some diseases can be cured with proper medication, while others will cause a lifelong infection. Anyone affected with an STD will need to take precautions to avoid spreading the disease to others. This may include using condoms during intercourse or avoiding sexual contact all together.

More than twenty types of STDs influence millions of male and female every year. Given below are some of the most common types of STDs.

This is the most common sexually transmitted disease. The HPV virus (human papillomavirus) can infect male and female genitals, the throat and mouth. It can cause the outbreak of genital warts and significantly increases the risk of developing genital cancers, most notably cervical cancer in women. Most patients will clear the virus within 2 years without showing any symptoms. There is no medical cure for HPV, but vaccines have been developed which prevent patients from contracting some of the most common strains of the virus.

Genital herpes should definitely be on the list of STDs. Herpes or HSV is a viral infection which causes sores or blisters to appear on the genitals or lips, though rarely sores may also appear on broken skin that has come into contact with the virus. There is no cure for herpes, so the patient will suffer outbreaks of these sores periodically throughout their life. Some medications can be used to shorten the length of these outbreaks as well as to reduce the risk of spreading the disease to others. The herpes virus is the most contagious when sores are present, but it may still be contracted between outbreaks.

This bacterial infection grows in reproductive tract, including the uterus, cervix, fallopian tubes and penis shaft, and can be spread through anal, vaginal or oral sex. Women suffering from gonorrhea have a high chance of passing this disease to their child, and patients suffering from this disease are at a higher risk for developing or passing HIV. Symptoms of gonorrhea include abnormal discharge and pain during urination. The disease can be treated with antibiotics, though strains of antibiotic resistant gonorrhea have begun to develop. If the condition is left untreated, women can develop pelvic inflammatory disease, infertility or ectopic pregnancy.

HIV or the human immunodeficiency virus, attacks the white blood cells, causing a breakdown of the immune system. Symptoms of this infection include flu-like symptoms, lack of energy, weight loss, and increased development of infections, difficulty clearing infections, short term memory loss or frequent fevers or sweating. Blood tests must be performed to determine if a host is carrying the virus. Patients do not die from HIV, but rather the immune system becomes too weak to fight off infections, which ultimately take their life. There is no cure for HIV, but medications have been developed to help slow the effects of the disease.

AIDS, or acquired immune deficiency syndrome, is caused by an HIV infection and it's one of the most dangerous one in the list of STDs. People cannot contract AIDS from a sexual partner, but will rather contract HIV that advances to AIDS over time. It is important to note that not all patients who develop HIV will develop AIDS. AIDS will be treated using the same medical techniques used to manage HIV, though in most cases they have a lesser effect.

This is a condition caused by harmful bacteria infecting the vagina. Symptoms of a vaginal infection include discharge, pain, and odor, itching or burning in the vaginal area. Women may contract this disease from any contact with the appropriate bacteria, but certain activities, including having sex with a new partner can increase this risk. Women of childbearing age are especially vulnerable to this condition, as are those who have just undergone a surgical procedure near the vaginal area. When a woman is suffering from bacterial vaginosis, they have an increased susceptibility to contracting or transmitting HIV. A minor infection will clear without treatment, but antibiotics will usually be necessary to eliminate uncomfortable symptoms.

This bacterial infection results in the development of ulcers on the genitals. These sores can be quite painful, and will frequently open, causing increased discomfort as well as an increased risk of spreading the disease. Chancroid is significantly more common in third world countries. Symptoms of this disease include pain when urinating, defecating or having intercourse, vaginal discharge or rectal bleeding. Ulcers look quite similar to those caused by syphilis or herpes. A doctor will be able to distinguish if the patient is suffering from chancroid and will prescribe antibiotics to relieve the discomfort.