How to Control Your Husband 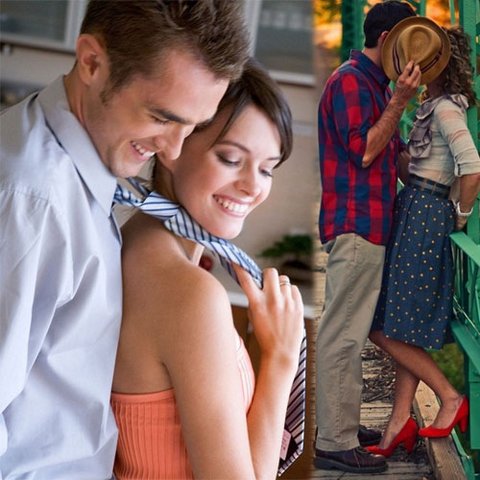 here are so many factors that help keeping a relationship intact. However, it is you who makes the most remarkable difference. In a recent study carried out by University of California, Berkeley is to be believed, wives are predisposed to regulating the key of happiness in a marriage with respect to checking frictions. Since women happen to be more introspective compared to men, they tend to adopt a more efficient technique to exercise influence in a relationship. So, now you know that the key to how to control and attract your husband is in your hands.

Men are more instinctively more inquisitive than women and always have been so. That's why men make better sleuths compared to women. So the first and foremost tip on how to control husbands that you should bear in mind is to keep an aura of mysteriousness about or around yourself.

Your husband will surely be very curious about your previous relationships before you met him. He must have prodded you about your personal life from the time your relationship with him started taking roots. You surely must have been mature enough not to reveal everything and maybe you’re still holding your darkest secrets close to your heart. Do not be an open book or withhold everything, but maintain a fine balance between the two extreme positions so that he keeps pining for more and stays besotted.

2. Know What He Likes

Being aware of his preferences and tastes will surely go a long way in keeping your husband interested in you. Make the most out the fact that everybody prefers to be the center of attraction. You surely must have been keen to speak about yourself when you both started seeing each other. Now, that he is your life partner, shower your attention to him. Find out the food items he likes to tuck into, his favorite color, and so on. Prepare his choice dish occasionally or dress up in an outfit of his favorite color.

3. Ensure to Pander to His Manliness

This again is another good tip on how to control husbands and make their eyes fixed on you. Nothing flatters a man more than to be made aware and extolled about his masculinity. Boost up his ego by throwing a compliment about his physique and how his alleged good looks still turns the heads of young women. Praise his smartness and encourage his sense of humor. However, remember not to go overboard in your praise or else he’ll feel demoralized.

4. Be Mischievous and Unruly Sometimes

Upholding and respecting fidelity is of course necessary for the marriage to last but it doesn’t certainly mean that you have to be overly nice and decorous all the time. Don’t let him take it for granted that you’ll be always there to open the door for him with a smiling face or that you’ll be standing with a cup of coffee when he gets up in the morning. Reveal to him the mysterious side of your character by playing a prank or catching him unawares or by telling him that a college friend (obviously a male) will be taking you out for dinner this Sunday. Let him know that you’re a beauty with brains.

5. Use a Perfume to Magnify Your Charm

Your heartthrob finds you attractive not only because who you are but also because how you turn yourself out. In other words, the manner in which you dress, the type of clothes you wear along with the accessories, and the signature perfume you use–all these have a bearing on how you appeal to him. Dress up in a way that he finds alluring without overdoing the makeup and use a fragrance that communicates to him that you are around. The idea behind keeping yourself perfectly groomed is to let him know without speaking out a word that you know how to control husbands and keep your husbands interested in you.

6. Cater to His Spiritual and Emotional Needs

Simply paying lip service will work only up to an extent but not always. You’ll not be able to make him hold onto you just by paying tribute to his tastes and preferences. Once in a while cook a dish or meal that he relishes or buy a book of an author he likes to catch up on. Make your husband feel that nobody would be able to take better care of him than you.

7. Give Him an Ego Boost

Men are like fixed deposit bonds–they take a long time to mature. So, essentially your husband is somewhat like your teenage son in his thinking–he craves for attention and likes to be complimented for offering to help you with household chores. So, the next time he volunteers to wash the dishes after a weekend party or clear the house of cobwebs, pay him a compliment by telling him you wouldn’t have got a better husband.

He must have disclosed to you his favorite actress or his dream girl during one of those frank tete-a-tetes with you. Pleasantly surprise him by dressing up exactly like the woman of his dreams and do a catwalk.

9. Sometimes Capitalize on Your Appeal

Another key thing to how to control husbands is to level up your charm. Beauty, it is said, lies in the eyes of the beholder. You may feel that you’re still sexually very appealing but your husband might think otherwise. Stand in front a mirror and decide what you can do to heighten your appeal especially in your hubby’s eyes.

The final tip on how to control husband and get a happy marriage is to respect his independence and individuality and allow him to have the most of his me-time. Don’t make him feel cagey just because he’s in a relationship with you. Let him know that you trust him and he’ll go out of the way to buttress that faith if he loves you sincerely.